How Long Cannabis Stays in Your Body? 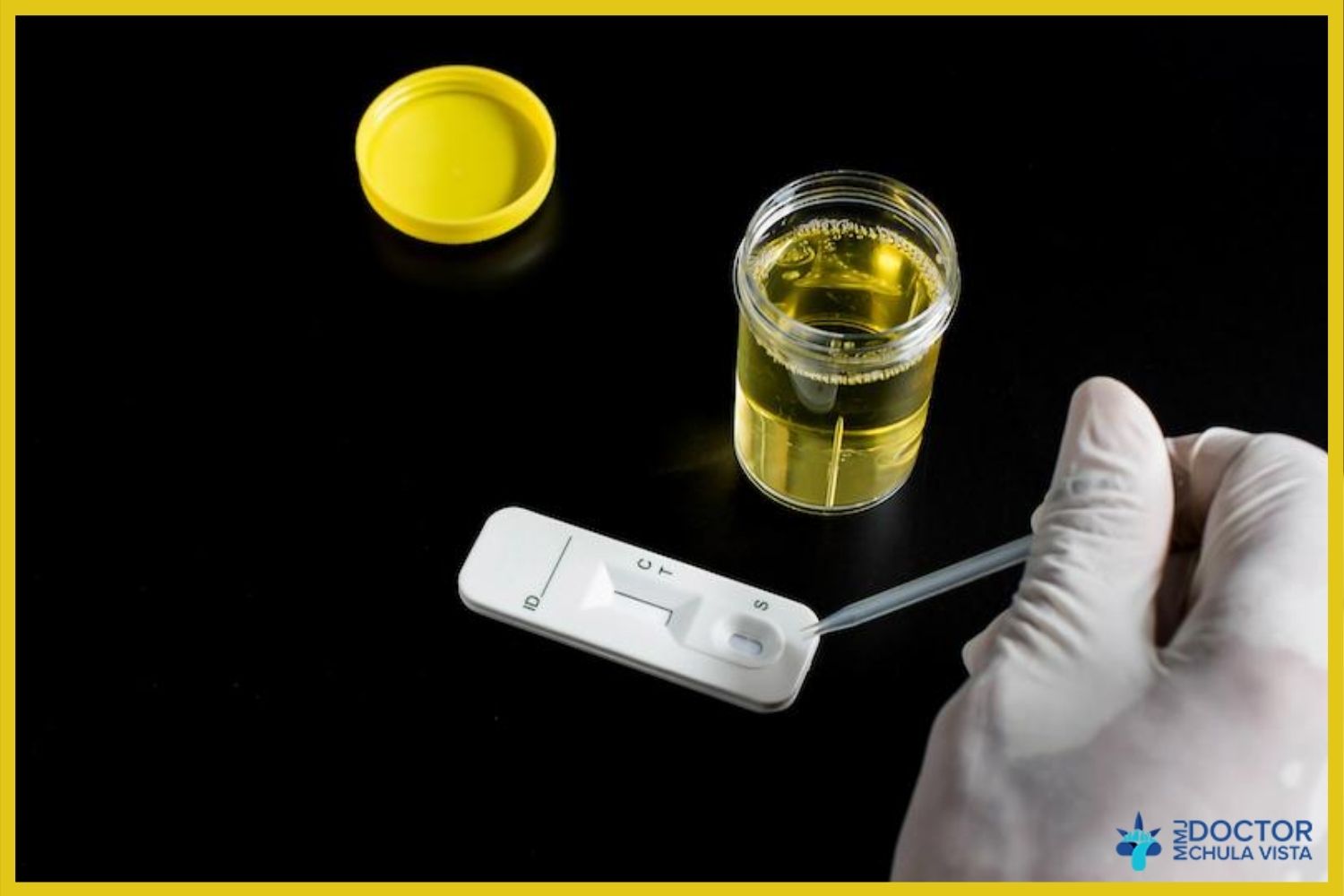 When you consume cannabis, its cannabinoids bind to the receptors in the endocannabinoid system in the body. As a result, they reduce pain, anxiety, depression, and many other conditions.

Related- How Does Medical Marijuana For Anxiety Work?

However, onset and duration depend on various factors, one is the delivery method. For instance, cannabis edibles kick in anywhere between 30-60 minutes & they last for 7-12 hours. But, this isn’t the answer to how long marijuana stays in your system. Actually, in the body, it stays longer even if you abstain from consumption. So, what’s the right answer? Read on for complete information.

How Cannabis Travels in The Body?

When you consume cannabis through smoking or vaping, THC reaches the bloodstream directly passing through the lungs. Then, it enters the heart and is pumped in different parts. CB1 and CB2 receptors are present in the brain, central nervous system, and the immune system. THC binds to these receptors, thus providing positive effects.

After THC passes through the liver, it’s broken down into metabolites, such as THC-COOH. And, the drug tests check THC-COOH.

It’s important to note that THC-COOH remains in the system longer than active compound THC. It is eliminated through urine and feces slowly.

However, the process is different for edibles. When you ingest cannabis, THC doesn’t reach the bloodstream directly. It travels through the liver, where a large portion of THC, THC-COOH, and other metabolites is eliminated.

Factors Influencing Detection of Marijuana in The Body

The higher the amount of cannabis you take, the longer it will stay in your body. The THC effects are cumulative. A user consuming cannabis many times a day over many days has more THC in their system, thus they are more likely to test positive. Frequency of consumption is also an important factor in developing dependence

Moreover, the strength of THC in each dose matters. Many high-THC strains cause strong effects. So, checking the label before using cannabis products is very important.

The strength of the “high” you receive is a different segment. Various factors can increase/decrease the effects of THC.

Another significant factor is the amount of fat in your body. THC-COOH binds to fat molecules, and it can stay for a long time. Individuals with higher body fat concentrations take longer to metabolize cannabis & vice-versa. Body mass index (BMI) is often used to evaluate body fat.

Exercising can help release THC concentrations in consumers. A study published in August 2011 reported that exercise can influence the THC metabolites. This is because exercise burns fat, thus releasing THC into the blood and releasing it through urine.

It varies from consumer to consumer. A consumer who has higher metabolic functions in the body breaks down cannabis compounds quickly. This reduces the time THC and its metabolites stay in the system.

Dehydration can increase the THC concentration. However, drinking a lot of water can help flush out the metabolites, thus reducing the chances of a positive result. Clearly, if your urine is diluted, THC will not be detected in the drug test.

So, How Long it Stays?

There’s no standard formula for that. It depends on many factors. THC and its metabolites can be detected in urine, blood, hair, and saliva for many days after consumption. Let’s have a comprehensive understanding of this.

When you inhale cannabis, THC reaches the bloodstream within a few minutes. It can be detected in plasma for many hours depending on how much you have consumed and the frequency of consumption.

A 2004 review reported—after inhalation, the plasma concentration of THC reaches its peak in 3-8 minutes. And, in about 30 minutes, it decreases to half. Researchers found that THC can be detected in the blood for up to 5 hours while THC-COOH remains in the system for up to 25 days.

According to Therapeutic Drug Monitoring, marijuana is detectable in the blood for 24-48 hours. However, it can be detected even after 25 days in some cases. How frequently you consume cannabis can vary the length of time.

Urine testing is one of the most common methods of cannabis detection in the body. Most urine tests look for THC-COOH. According to the Substance Abuse and Mental Health Services Administration, the cut off concentration point of THC-COOH is 50 ng/mL.

Since THC metabolites are fat-soluble, they may take some time to leave the body. According to Mayo Clinic, in occasional users (up to three times a week), cannabis is detectable for 3 days while chronic users (four times a week) can show up for 10-15 days.

Cannabis can reach hair follicles through blood vessels. Hair follicle drug tests can detect cannabis for up to 3 months.

In a study conducted in 2015, participants were given 50 mg of THCA for a month. Researchers found no THC in the hair samples, but they detected THC-COOH. The hair follicle test is broader as compared to urine and blood tests. Sometimes, THC can be detected for 90 days after consumption.

However, there’s some evidence that hair follicle drug testing doesn’t deliver accurate results. THC and its metabolites can transfer from one person to another through sweat, secondhand smoke, or contact.

In saliva, THC and its metabolites can be detected in chronic and occasional consumers. Marijuana can enter saliva when you smoke. However, THC is present in saliva only if you ingest or smoke cannabis.

According to a study conducted on cannabinoids in oral fluid, researchers found that THC metabolites were detectable in chronic users for up to 29 days and 3 days in occasional users.

Tips to Pass The Drug Test

Drug tests can detect even small quantities of THC, so checking the THC concentration is very important when you smoke. However, there’s little research available on how much THC one should consume to pass the drug test.

In a 2012 study, researchers examined cannabis users smoking one 6.8 percent THC cannabis cigarette ad libitum. After smoking, urine concentrations of THC were noted highest between 0.6-7.4 hours. In frequent users, THC concentrations in urine were detected 100 percent while they were 60 percent in occasional users.

Many experts believe that drinking a lot of water and hitting the gym can increase the chances of passing the drug test. Exercising burns fat thus can release more cannabinoids. Having more fat means more tissues for cannabis compounds to get stored in, so increased chances of detection.

Moreover, you should check THC concentration and dosage, and prefer smoking cannabis occasionally.

Cannabis can stay in your system from several days to several months. The length of time depends on several factors. These include dosage, frequency of consumption, THC concentration, consumption method, etc.

Usually, drug tests look for THC and its metabolites such as THC-COOH. Researchers have found THC-COOH can be detected in urine for 3 days in occasional users while 10-15 days for chronic users. The results are different for blood, hair, and saliva tests. So, check what you consume, how you consume and how much you consume.

Get an MMJ card to access medical dispensaries legally. Now, you can see a medical marijuana doctor using telemedicine. Here’s the process- 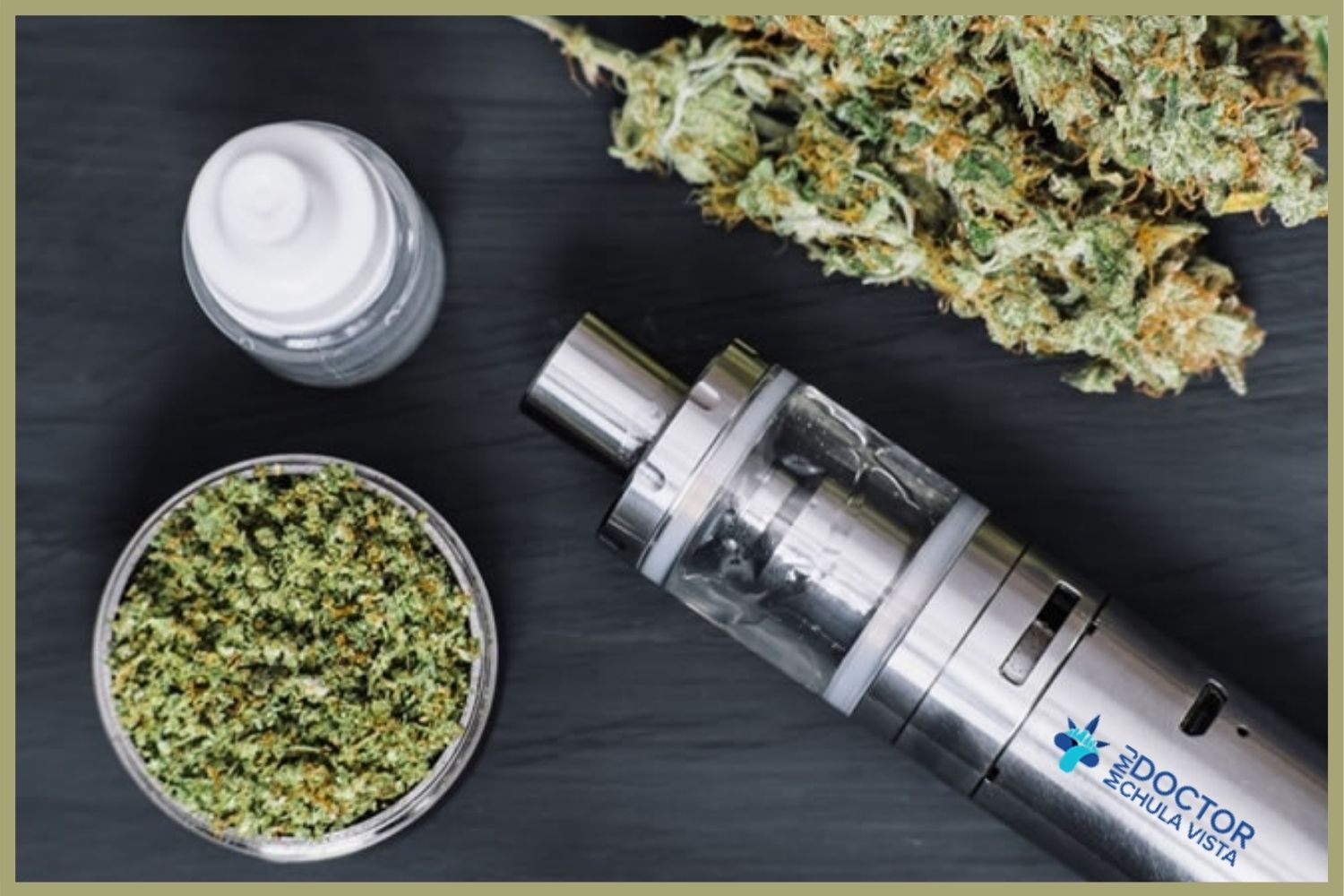 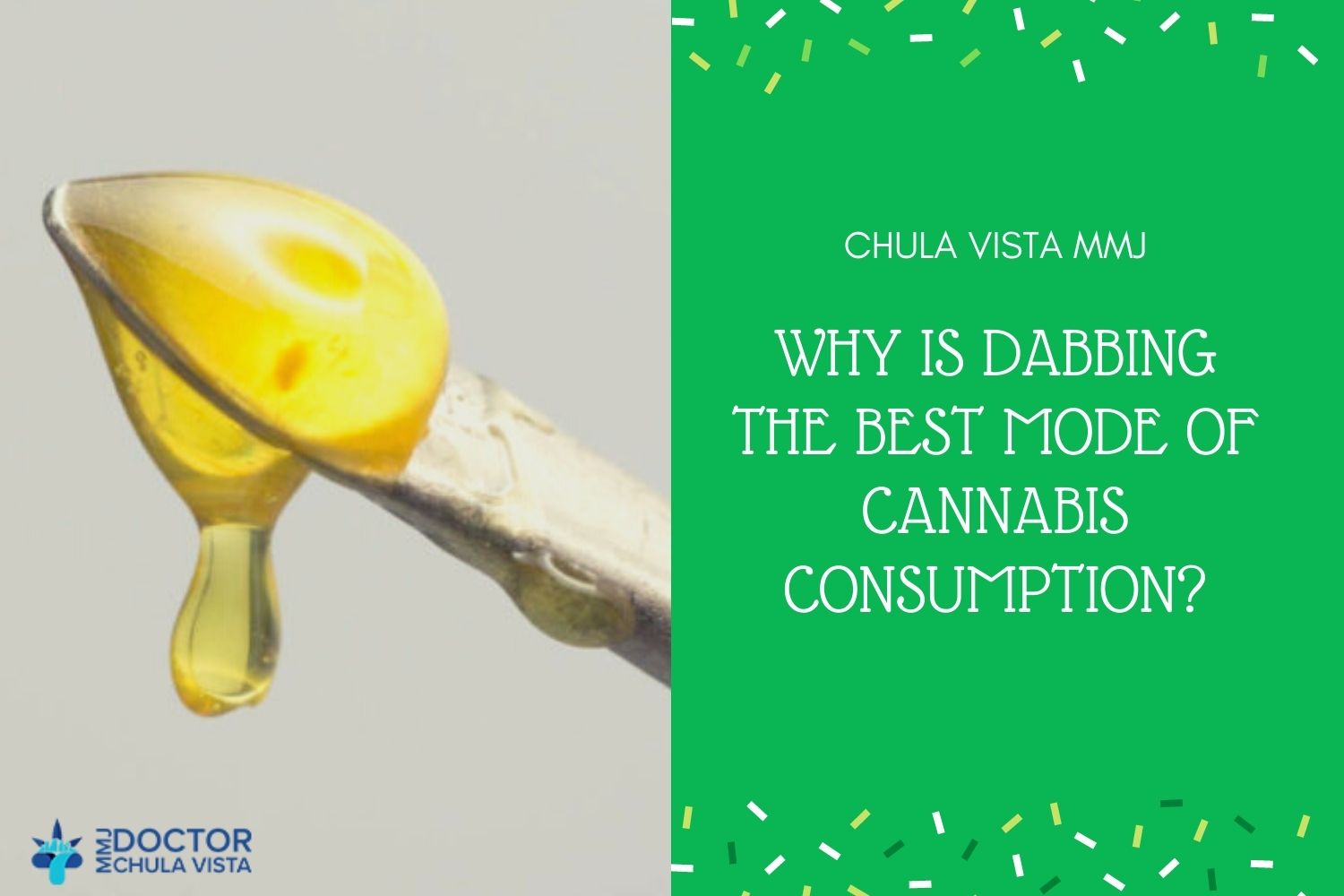 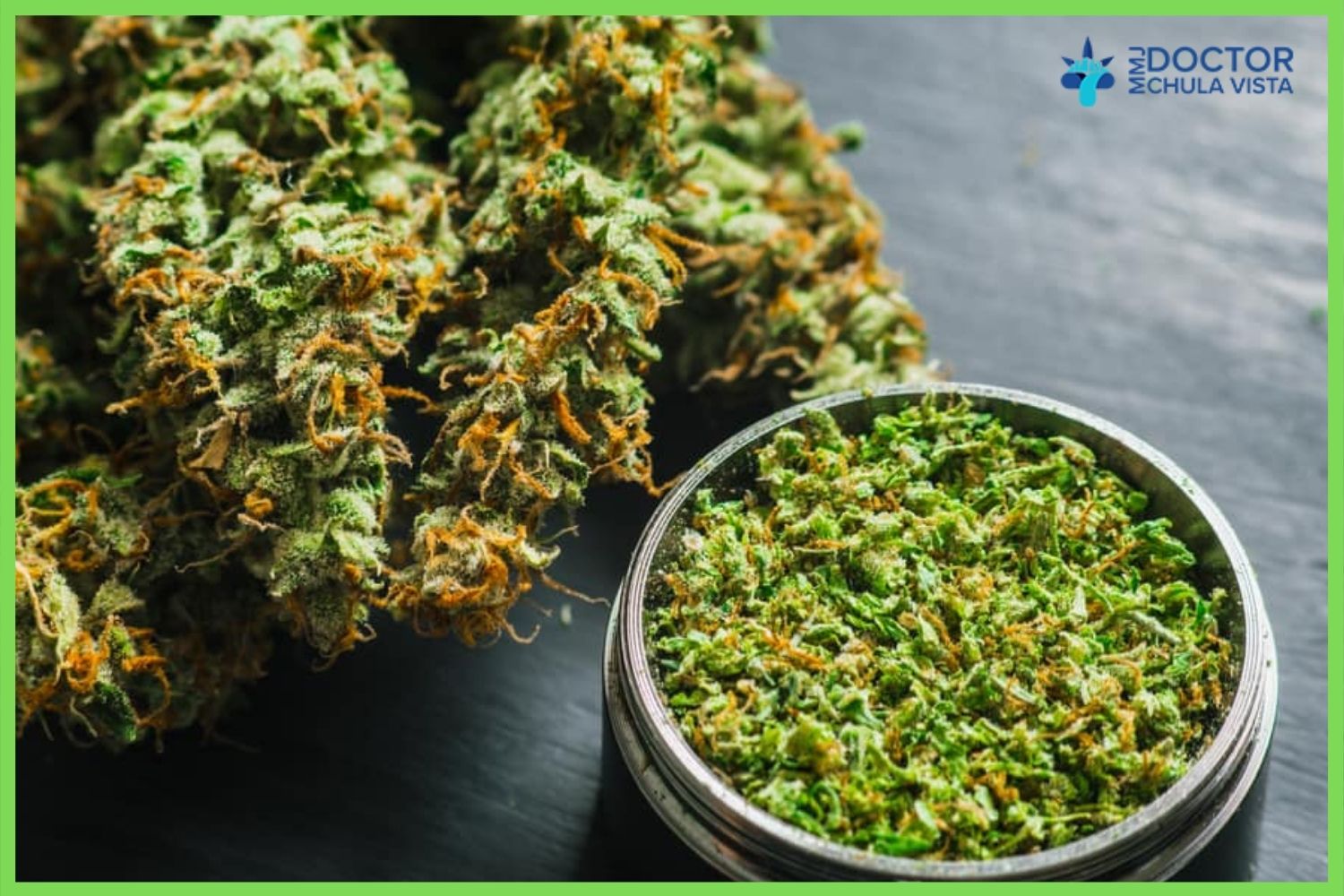 Learn How to Break up Your Cannabis Without a Grinder 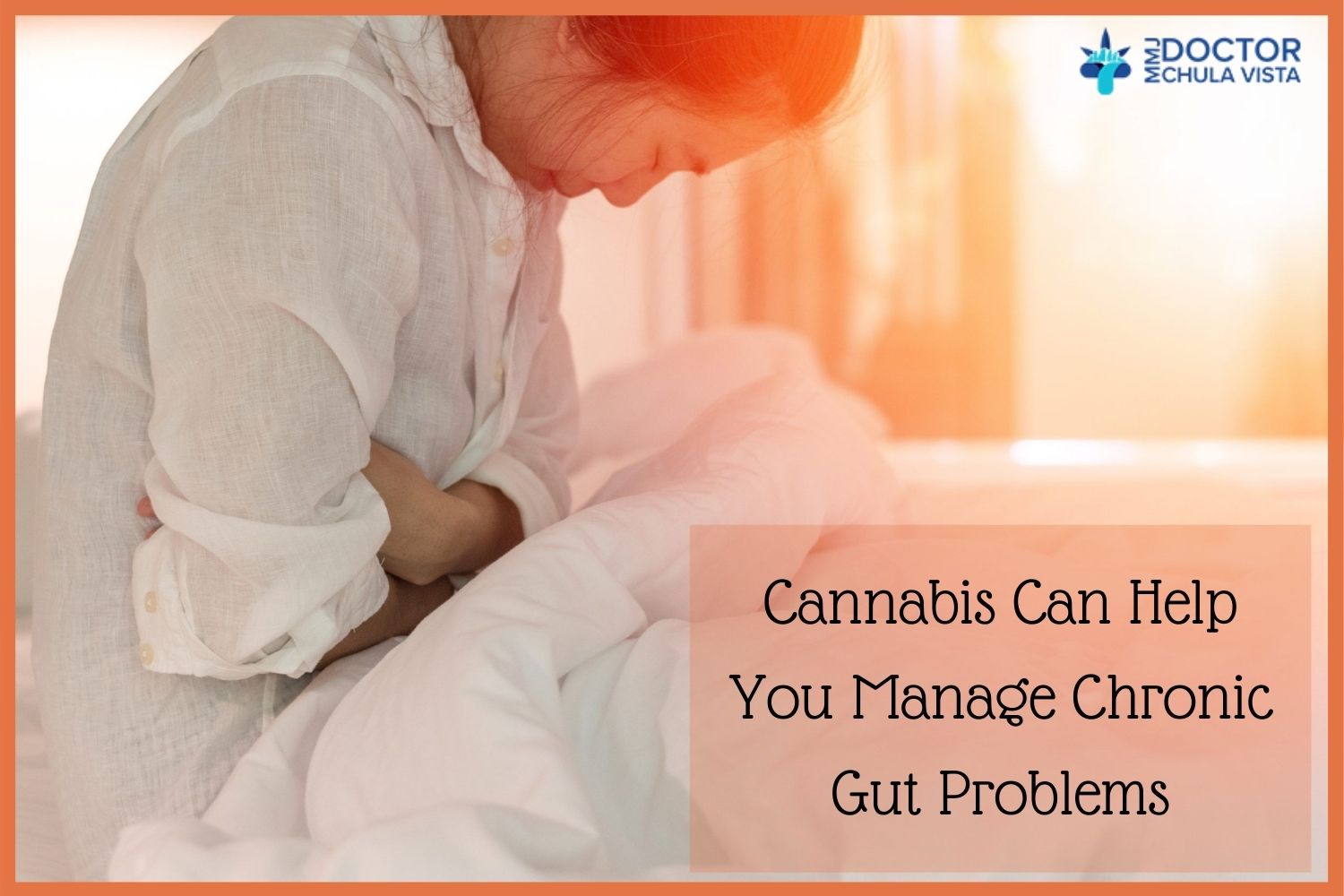 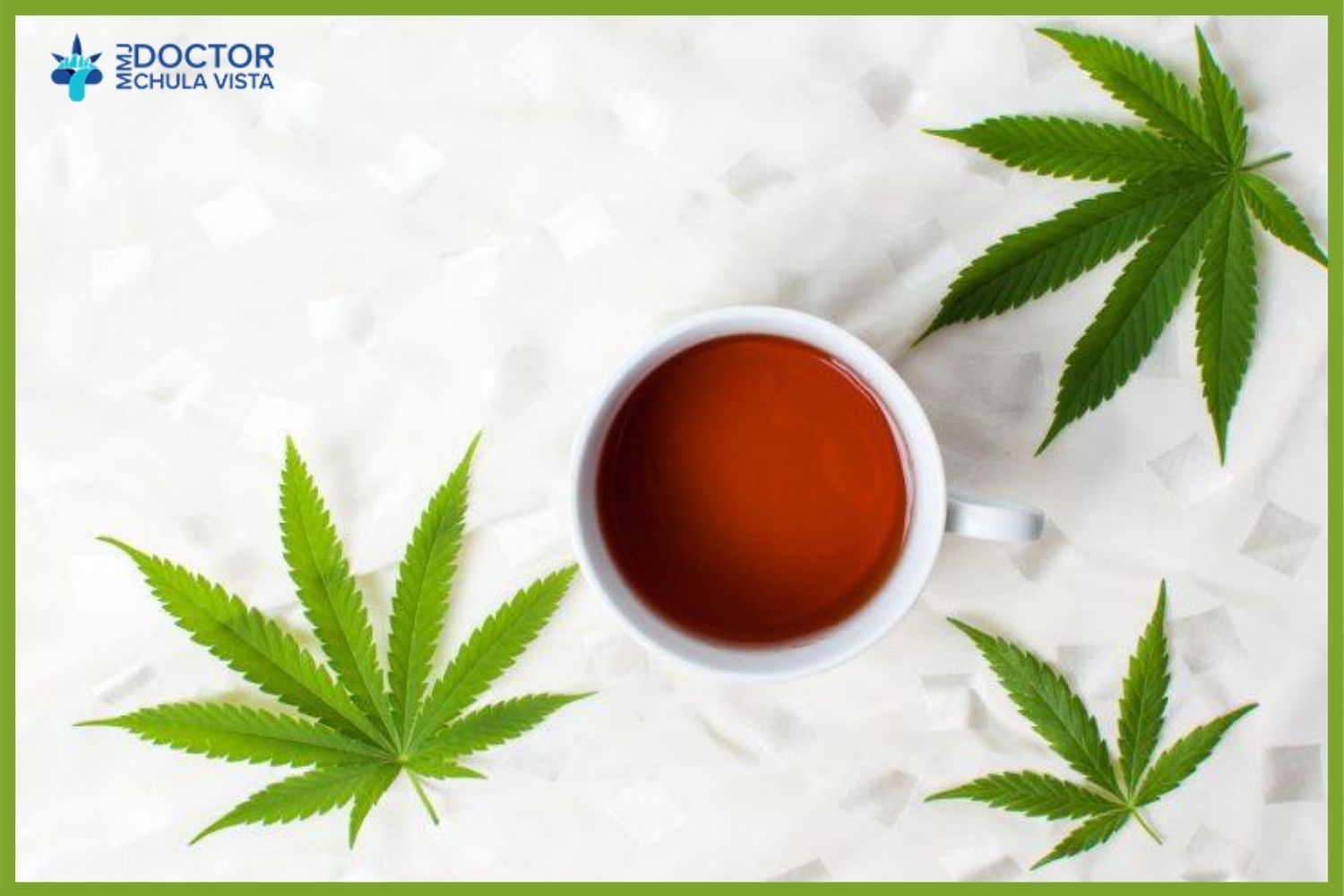 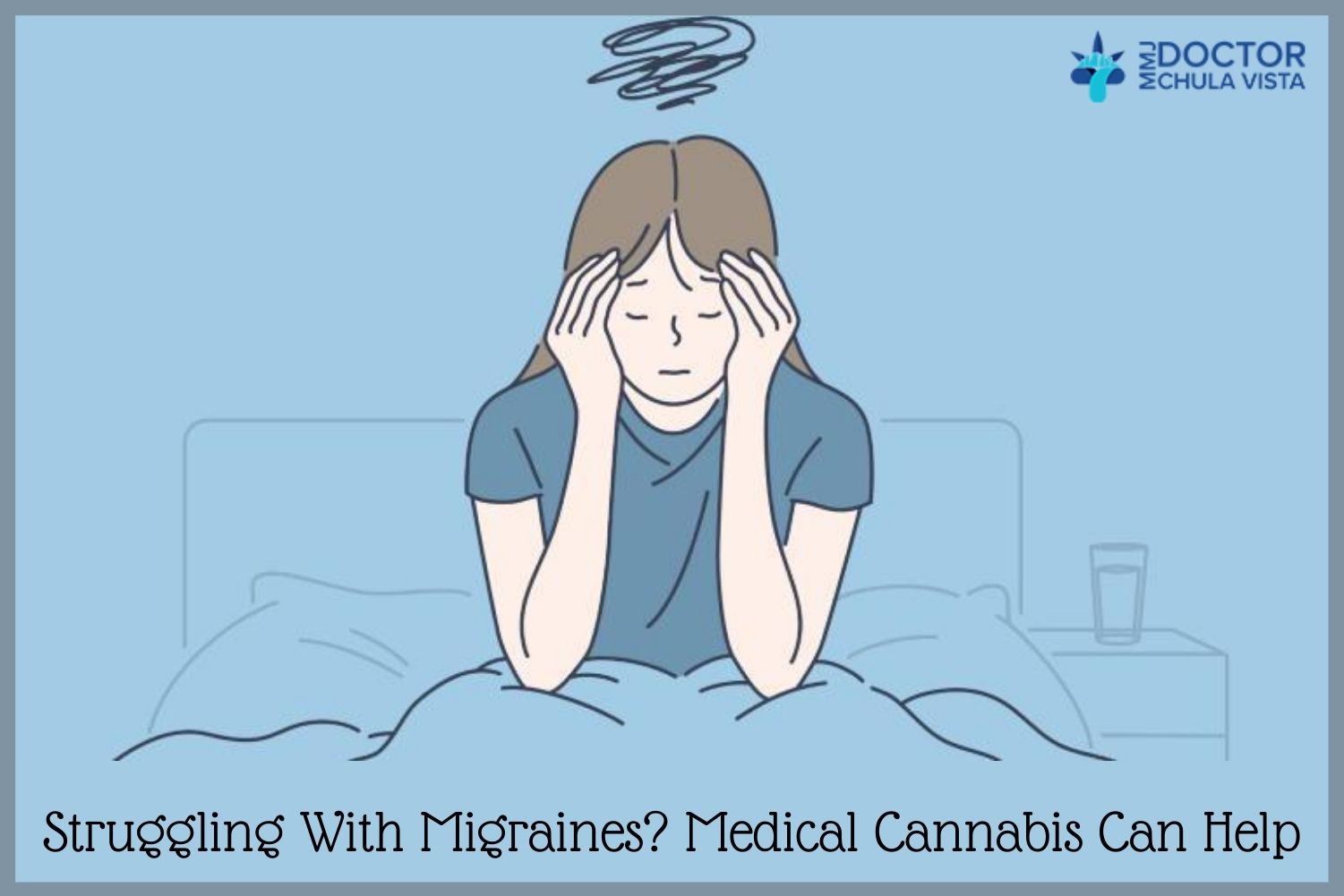 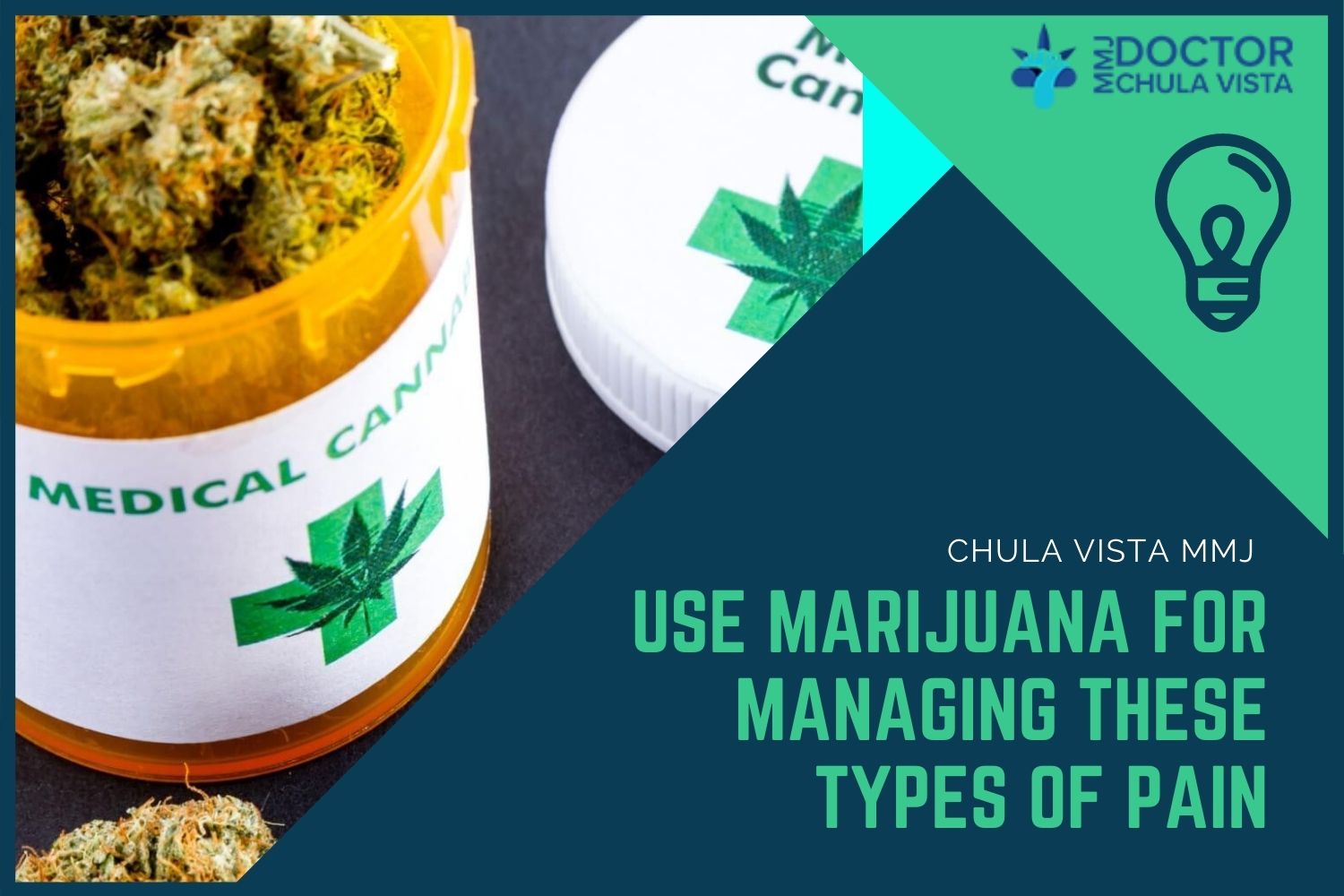 Use Marijuana For Managing These Types of Pain 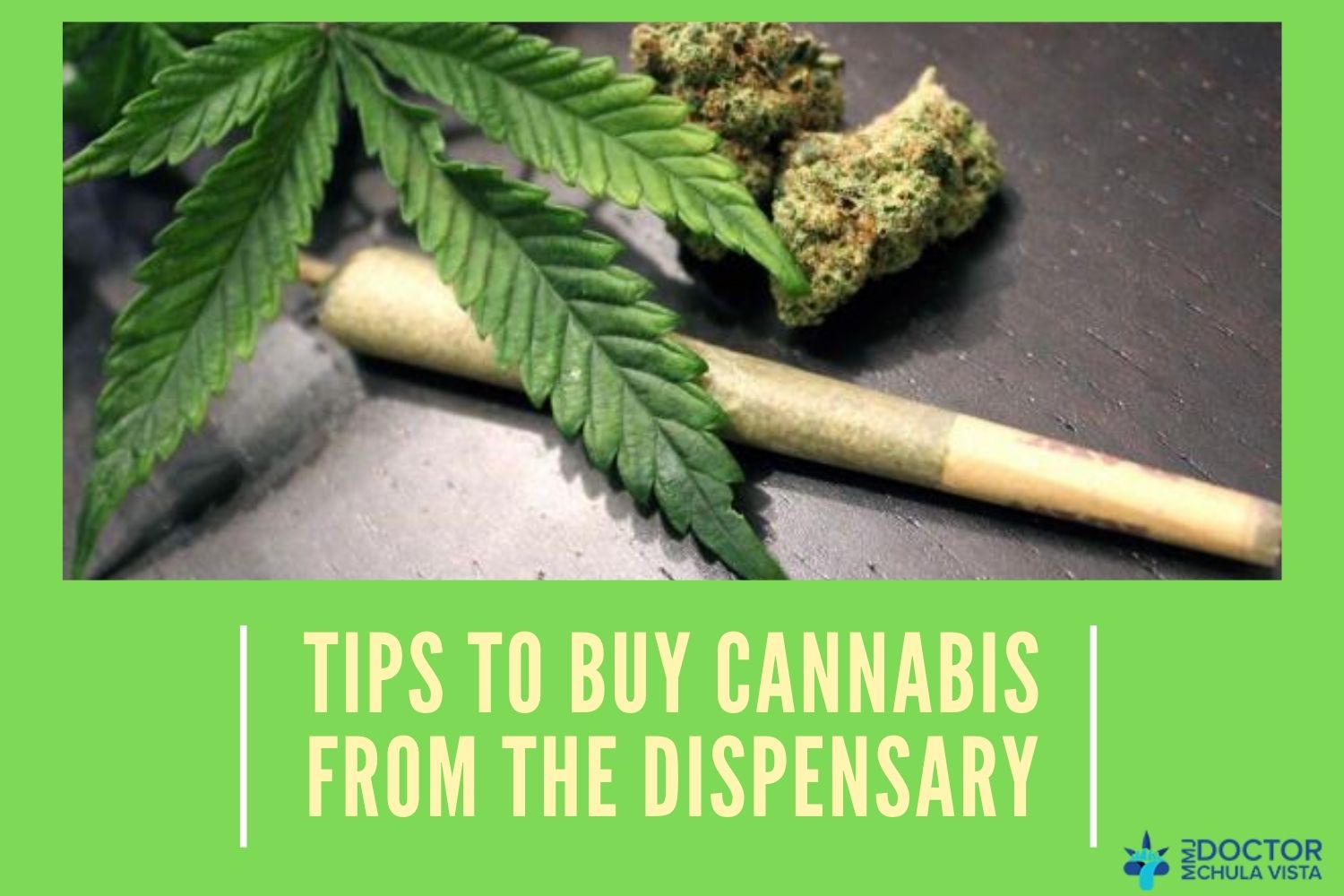 Tips to buy cannabis from the dispensary

How Long Cannabis Stays in Your Body? 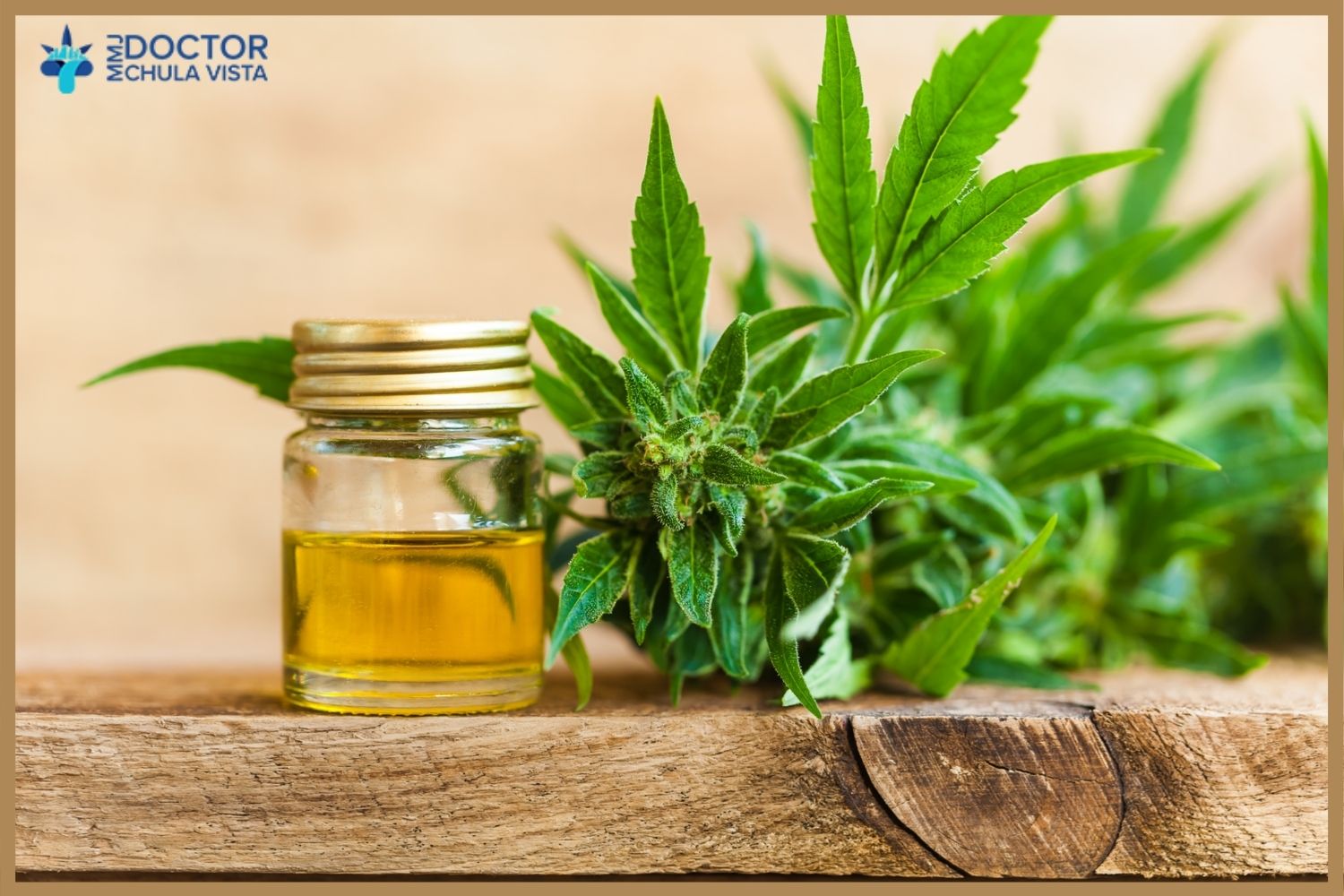